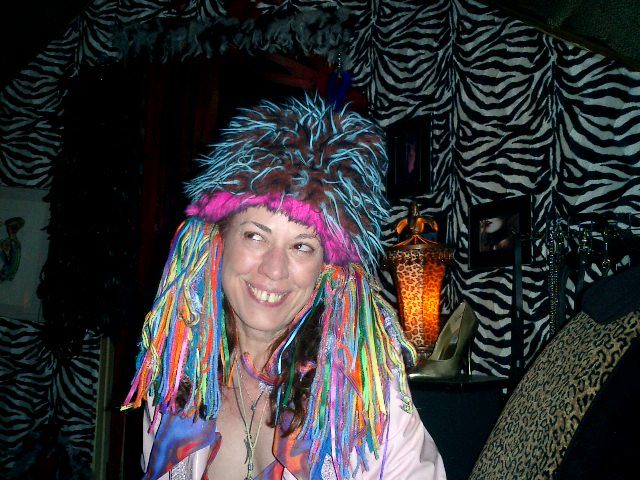 Tuesday I learned of the death of a dear friend, Rhonda.  She had had a stroke in January, but we all believed she was on the mend, knew that getting better was going to be a slow-going process, and we all had high hopes.  It is comforting to know that she died peacefully in her sleep; which is how I hope to die when the time comes.

I say this is a dear friend, but in all reality, I had only met her after her stroke.  I had heard wonderful stories about this fine woman throughout the community, yet somehow had not met her until I volunteered to help her family by taking care of her while she convalesced at home.

It was hard to communicate in the beginning.  She had suffered aphasia from the stroke, and although she knew the words she wanted to speak, I couldn’t understand them.  It was all very frustrating, and she was angry because I didn’t understand.  My being deaf in one ear certainly didn’t help matters.  After a few days though, I learned that 1-2-3 meant she had to go to the bathroom, as we would count to three before lifting her from her bed to the toilet beside it.  It was a beginning!

I really didn’t do much during that time except grooming, trying to exercise her right side affected by the stroke, and just talking to her; hoping she’d understand me, and be somewhat agreeable.

She improved as the weather warmed up this spring.  We’d have coffee and read the paper on her back yard patio.  She began to take interest in her plants again, and used her one good arm for many chores around the yard.  She smiled and giggled as we watched her cats frolic in the yard, and listened intently when the birds were chirping.

She hated the physical therapy though.  She disliked the therapist, and us too, when we tried to get her to exercise.  Sometimes it was as if we were dealing with a two year old.  We worked on words, and mental skills; memory, matching things, etc.  We tried to get her to talk more frequently.

Funny thing is, she could sing clear as a bell.  One day I got out a book of 100 album covers, mostly from the 60’s and 70’s; our era.  I would show her the picture of the album, and she couldn’t always name the songs, or the names of the bands, but I would lead her to sing the lyrics of the album with me, and she sang beautifully, clearly knowing all of the words in many songs.  I suddenly knew how to help her best this way, so I began doing it daily, and she loved it.  And so did I!  We bonded in a particular way that no one else had figured out, or so it seemed.

My situation changed and I was unable to help the family as I had for those few weeks in spring.  I tried to visit as I could, but conflicting schedules seemed to get in the way.  I went to go visit on Sunday evening, but couldn’t find a parking space anywhere near her house, so I kept driving, and thought I’d get to it sometime this week.

Sometimes in life, you may only know a person a day or a week, and your bonds can be tighter than someone you’ve known your lifetime. Somehow in a matter of a few short weeks, I had begun to know this lovely woman better than some of my dearest friends.  I now wish I had known the person before the stroke, as I read so many tributes on Facebook.

Rhonda, I will miss you.  I loved you even though you sometimes didn’t like me very much.  You brought joy to so many people’s lives, even though your own life was filled with such pain.  I truly appreciate the time I got to spend with you, and when I see you on the other side, let’s party like rock stars!

0 Replies to “A Loving Tribute To Rhonda”